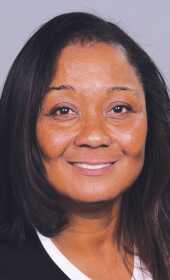 After a 25-year break, a community organization that hopes to improve the political, educational, social and economic equality of rights in Butler County is active once again, thanks to the work of area volunteers.

Butler County Unit 4101 of the NAACP was reactivated in 2021, after being dormant for 25 years.

The group meets on the last Thursday of every month, said interim president Michele Webb. The next meeting will be at 7 p.m. July 29, at 1875 Speedway Drive.

The group wants to create and support inclusive policies and opportunities, and bring together teams that will focus on processes and practices that when taken together, enable systemic change, she said.

The group has a long history in Butler County but only recently became active again, according to members.

The local chapter received its original charger on Feb. 11, 1989. Bobby Dean of Poplar Bluff was its president. When Dean later became president of the Portageville unit, the Poplar Bluff chapter was left without leadership and became dormant for several years, explained Patricia McBride, membership chair for the Missouri NAACP.

Work began in June 2020 to bring about reinstatement of the local chapter.

“One of Rosa’s primary goals was to build a partnership between the community and law enforcement,” McBride explained in a press release.

The original reactivation committee, which was appointed by McBride, included Johnson, Kevin Ellis, Rachel Turner, Olivia England, Sonia Ellis and Deonte Hubrins, with Johnson serving as committee chair. Johnson encouraged the committee to become familiar with the NAACP bylaws, which McBride describes as a first step for any new branch.

“The NAACP organization, established in 1909, is a civil rights and community service organization for all people,” McBride said. “Its primary purpose is to secure the political, educational, social and economic equality of rights in order to eliminate race-based discrimination and secure the health and well-being of all persons.”

Since June 2020, the Butler County group has held membership drives and participated in community events, including Women’s Equality Day and back-to-school supply events.

Members also worked with the SEMO Team Leadership Champions for Amendment 2, posting yard signs, canvassing in the county and providing education on voter registration and sample ballots in 2020 elections.

Transparency and community involvement are also important to the success of a NAACP unit, McBride said.

“The committee provided an overview of the NAACP organization to the (Poplar Bluff) city council, school board, superintendent of the school, city manager and chief of police,” McBride said. “As Rosa would say, ‘we want the community to understand that NAACP is for all people. All of us have civil rights.’”

“We are forever grateful to Mr. Bobby Dean for serving as mentor for the reactivation committee,” McBride said.

While some of the original members of the reactivation committee have moved on to pursue other opportunities, new members of the committee will continue its work in the Poplar Bluff community, McBride said.

Under the leadership of Webb, the new leadership includes Stacy A. Grays, Martinie Franks and Lillie L. Johnson.

“I am looking forward to serving you,” Webb said.

The group invites residents to join their efforts. Questions regarding the Butler County NAACP Unit should be directed to Webb at naacpbc4101@gmail.com. This committee has been approved by Missouri NAACP State Conference, Jefferson City, Missouri.