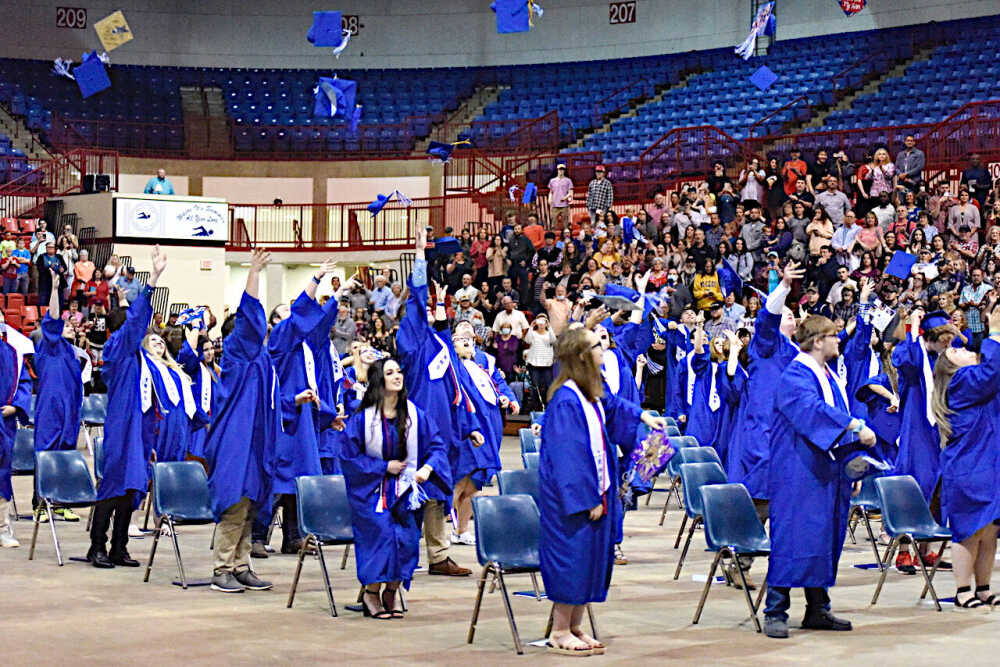 Twin Rivers High School graduates toss their caps in the air at the end of Sunday's TRHS commencement exercises at the Black River Coliseum.
DAR/Max Seals

Nearly 13 years of building the Twin Rivers High School class of 2021 came to fruition on Sunday afternoon at the Black River Coliseum as 55 seniors in that class received their diplomas.

That is how valedictorian Erin Inman described her experiences at TRHS when she spoke to her classmates and those in attendance.

Inman credited her classmates for believing in her and pushing her to be better.

“My drive and my passions came from wanting to be the best version of myself for you,” Inman said.

“I carry these things, these memories with me every day — because in the end, our memories are what make us who we are. I hope that we can all go out into the world and be the best representation of each other that we can be.”

Inman also encouraged the graduates “to take the best parts of what you remember from here, and use them to make the next part of your life 10 times better.”

“Believe me, I haven’t always enjoyed every second of high school, but I would not trade what I have experienced for anything,” Inman said. “I would not trade the jokes, the first hour naps, the field trips, the trivia games, the cooking, the life advice, the competition, the happiness that I felt knowing who you all were, and that most of you would always be there for me.

“So as we leave here today no longer classmates, I leave the best of me with you, and I take the best of you with me.”

Meanwhile, TRHS salutatorian Abbey Hester alluded to the One Direction song “History” when she spoke to her classmates Sunday afternoon.

“We, as a class, have so much history together,” Hester said. “Although the Twin Rivers High School Class of 2021 most likely won’t be in the next history books, our history lies somewhere much deeper. It lies within us, it lies with every single memory we’ve ever made walking up and down the halls and every single argument we got into over a silly game of four-square.”

Hester said while her TRHS classmates will change over the years, they will always be the same kids that grew up with each other.

“Our high school memories will eventually fade and we will forget many things that seem so important to us right now as we begin to mold the rest of our lives,” Hester said. “We won’t remember the arguments that we had with our friends or the bad grade we made on a test.

“But my hope is that one day, when our high school days seem as though they were as long ago as the beginning of One Direction’s hiatus, you will flip through your yearbooks and remember that these are the people we grew up with, these are the people who we share so much history with. Don’t let go of the memories we have made — we can make some more, they can live forever.”

For the second year in a row, the commencement ceremony was held at the BRC instead of TRHS because of the COVID-19 pandemic. Unlike last year, there arguably was a sense in the air of things starting to return to normal.

“They’ve persevered through a lot,” TRHS principal Misti Lovelace said about the Class of 2021. “The way things are now is totally different than it was at the beginning of the year. There was a lot of hesitation and there was a lot of trepidation about what the year might bring.” 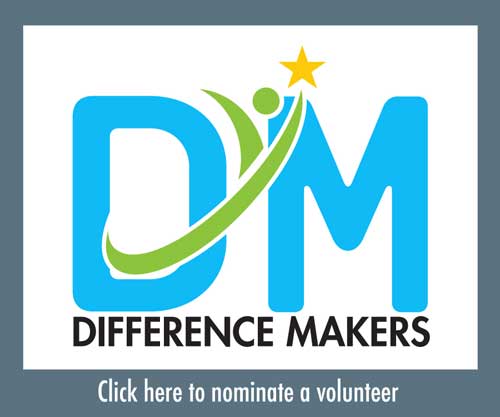