Peace and positivity also come from being confident in your medical team. I had faith in my doctor and trusted his judgment. 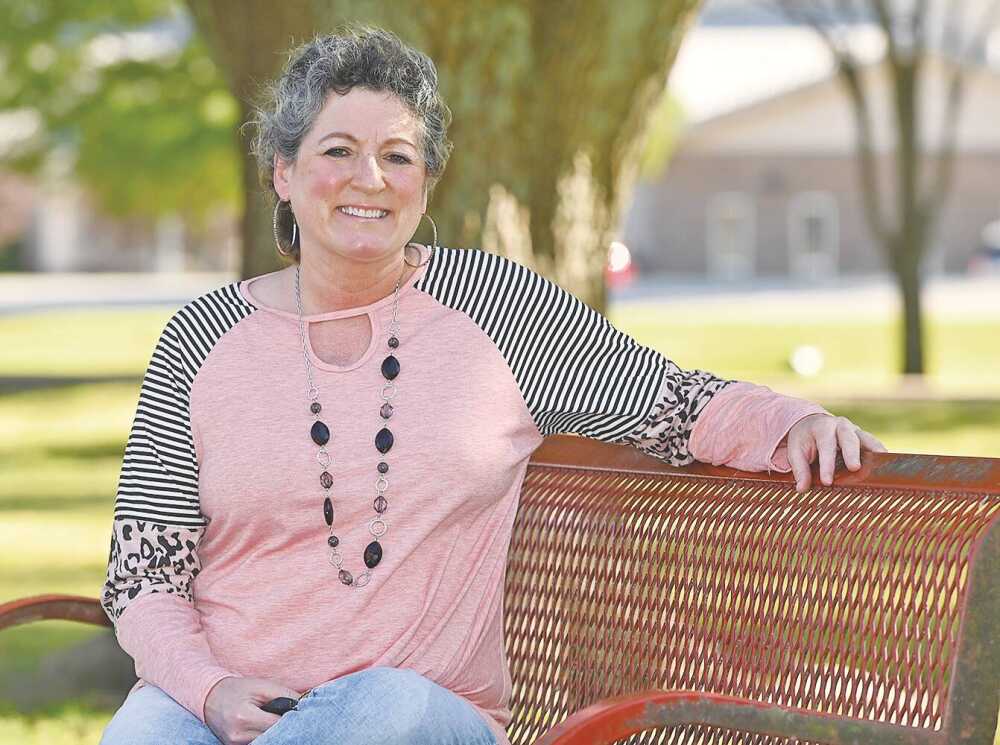 Lisa Ward opted for a mastectomy to treat a form of breast cancer doctors believed had not spread. During the operation, they discovered it had.
DAR photo/Paul Davis

DEXTER — “My advice to those just beginning their cancer journey,” says Lisa Ward of Dexter, “is to stay positive. I think my attitude has helped me tremendously,”

To maintain her positive outlook, Ward says her faith in God is what sustains her.

“My faith and some common sense,” Ward laughs. “To stay positive, you have to avoid the negative, so I found I was much happier when I stayed away from the internet — don’t Google anything! I also found, that for me, personally, cancer support groups were not emotionally helpful.”

Ward further suggests, “Peace and positivity also come from being confident in your medical team. I had faith in my doctor and trusted his judgment.”

Ward, who was 51 at the time, was diagnosed in September 2019 with Ductal carcinoma in situ (DCIS). This type of cancer, according to ductalcarcinoma-info.com, is an early localized cluster of cancer cells that start in the milk ducts, but have not penetrated through the ducts into surrounding tissue. The term in situ means it has not spread beyond the place it originated and is considered noninvasive.

“A mastectomy appeared to be my best option,” Ward explains, “so I chose that. Based on what the doctors believed I had, the mastectomy was supposed to be all the treatment I would need. During my surgery, however, the doctor found another cancer in my sentinel lymph node. It was micrometastatic in stage 1.

“That discovery changed everything,” Ward discloses. “I had to take radiation and am still undergoing maintenance chemotherapy. Oct. 23 will be my last treatment.”

Ward says despite her positive outlook, uncertainty about the future can sometimes make her apprehensive.

“My doctor is encouraging,” Ward observes, “and says that with my type of cancer the chance of recurrence is less than 10%. He said that if it is going to come back, it usually is within three years, and if it has not recurred in that time, then I will be considered cancer free.”

Looking back at the beginning of her cancer experience, Ward says when she first exhibited symptoms, her cancer was initially misdiagnosed.

“I woke up one Saturday morning with my left breast hurting,” Ward explains. “By the end of the day it was red and swollen, so I went to an urgent care facility. There, I was diagnosed and treated for mastitis.

“When I eventually was diagnosed with cancer, it actually was a relief — like a weight was lifted,” Ward recalls. “I knew something was wrong, and the not knowing was worse.”

Ward says her strong, unshakable faith helped her through her journey.

“I never cried when I received the diagnosis,” Ward discloses. “I knew God had me, and I never let fear set in. When I would start to feel anxious, I prayed.”

Ward goes on to say, “I went in with a positive attitude, and I have been able to keep it throughout. I credit my strong support group of family and friends for helping me stay focused.

“I know I have had it easier than many people do, and I am truly grateful for that,” Ward explains. “I didn’t want to go through chemo and radiation, but I knew I needed to do it.

“I never became sick or nauseated from the chemo, and my burn from the radiation was mild. I didn’t even lose all my hair; so, when it eventually stopped falling out, I asked my hairdresser to cut it really short. My only real issue has been exhaustion.”

Ward chose to stay in Southeast Missouri for her surgery and follow-up treatment.

“I truly feel that I have had the best medical teams,” Ward says. “They were just great, and I did not feel the need to seek treatment elsewhere.”

Ward and her husband Bobby have been married for 24 years and live in Dexter. She is self-employed in her own cleaning service. The couple have five children, Kayla Carter, Corey Hart, Amanda Ward, Angela French and David Ward. In her free time, Ward enjoys reading and hiking.