At 91, Qulin man still on the hunt for the next big buck 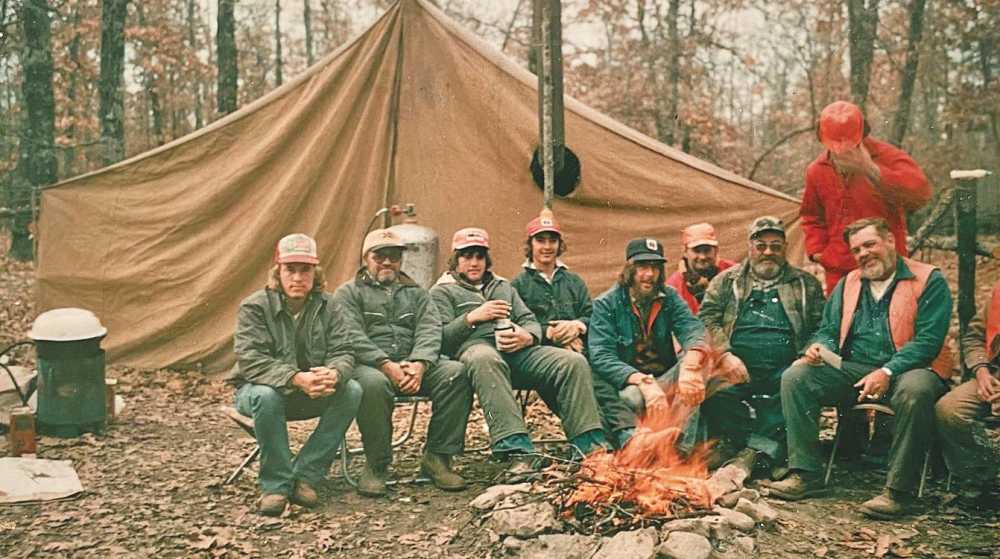 Deer hunting has been a longtime passion for Carlon Breckenridge and his family, which are shown in this 1980 photo near the Big Piney River.
Photo provided

QULIN — Carlon Breckenridge started hunting deer near Fort Leonard Wood in the early 1950s, and at 91 years old, he’s still enjoying it, and finding success, to this day.

A native of Beech Grove, Ark., Breckenridge learned about the outdoors from his coon-hunting father and other relatives, taking an early interest in duck hunting before the deer hunting bug got to him.

“I killed my first deer along the Big Piney River,” Breckenridge recalled. 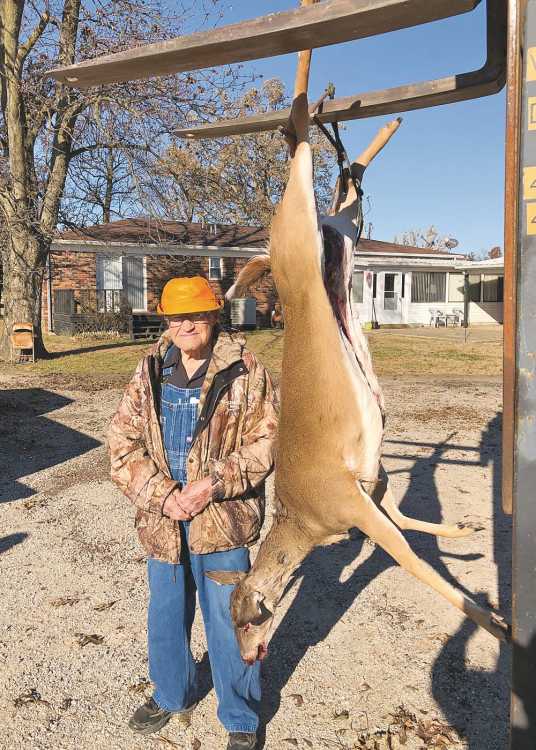 Carlon Breckenridge shows the doe he took at age 91 on the third day of this year's firearms season.
Photo provided

After a stint in the military, Breckenridge trained to become a barber, first moving to Columbia, Illinois, and then to Ferguson, near St. Louis, where he spent 17 years cutting hair.

Still, he made it to deer camp every year.

In 1964, Breckenridge moved to Qulin to open a new barber shop, and he continued cutting hair until just three years ago.

“I had trouble quitting,” he said with a laugh.

In the meantime, Breckenridge said, he purchased 75 acres of land along the nearby Black River “and started farming.”

Today, he leaves the farming to his son, Steve, and enjoys “being the parts runner.”

After years of pursuing deer along the Big Piney, his hunting eventually moved closer to home, and he spent many seasons sleeping in his son Steve’s tent and hunting along Cane Creek west of Poplar Bluff.

For the last few years, Breckenridge said, he’s hunted on his own land along the river.

On the third afternoon of this fall’s firearms season, Breckenridge once again was in the woods, “looking for the big one,” he said.

After emerging from his heated blind just before dusk, he saw a buck and doe about 75 yards away.

“There were two deer there, and I saw a set of horns, but I couldn’t find them in my scope,” Breckenridge said.

One of the deer saw him and snorted at his presence, he said, before he finally was able to pick the doe up in his sights.

“It was getting kind of dark, so I figured I’d better pull the trigger,” he said.

At the shot, the adult doe went down, his second such kill in the same spot in three years.

“I was thrilled, because it really builds me up when I kill a deer,” he said, “and I’ve killed a lot of them in my lifetime.”

Given the amount of work needed to get the deer out of the woods, Breckenridge called his son, Edwin, who brought a tractor and bucket for the job.

While it wasn’t the “big boy” he’d been seeing in the area, Breckenridge still was happy with his deer.

It relaxes him, he said, and he enjoys the simple things about it, like watching the squirrels and raccoons.

“I’ll soon be 92 years old, and I feel every bit of it,” Breckenridge said, but he has “no intention of quitting.

“You’ve got to keep going and go as long as you feel like it,” he said. “I believe when a human being doesn’t, that’s about the end of life.”

Besides, he said, that big buck is still out there ...