Airplane forced to land in field near Poplar Bluff 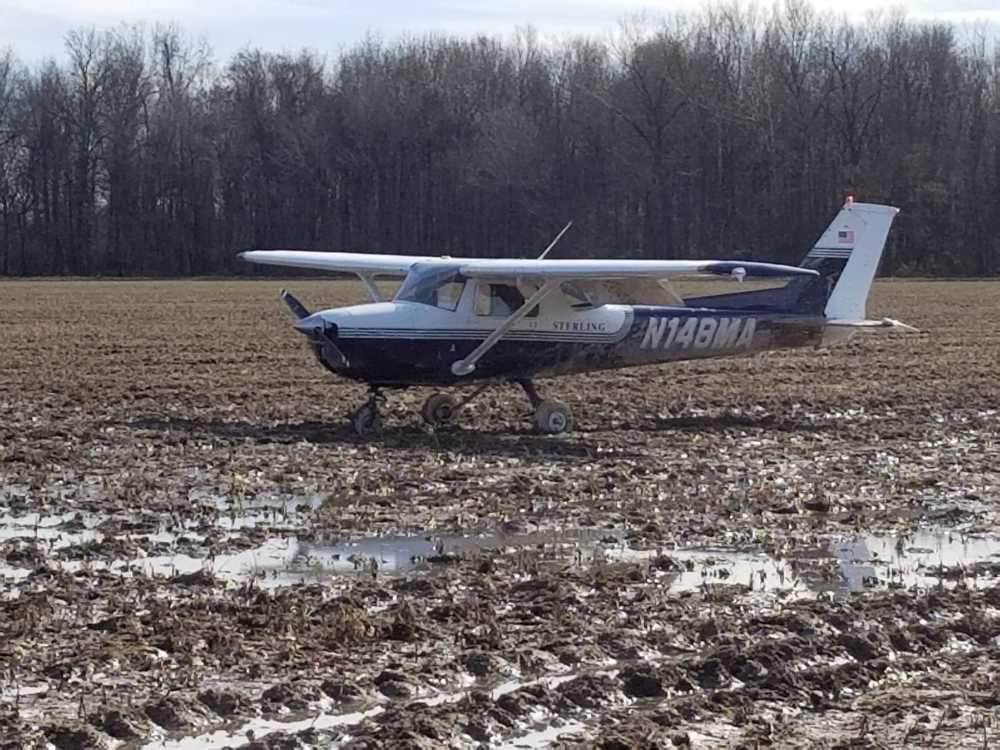 This Cessna 150 was forced to land just after 11 a.m. in field near Poplar Bluff. Mechanical problems are to blame, officials say.
Photo provided

A small plane was forced to land in a field about 1 mile east of Poplar Bluff shortly after 11 a.m. this morning, according to officials.

There were no injuries and no damage to the aircraft, said Gary Pride, director of the Poplar Bluff Municipal Airport.

The pilot took off from the Poplar Bluff airport at 11 a.m. in a Cessna 150, a small two passenger aircraft, he said. The aircraft developed mechanical problems, which forced the pilot to land about 15 minutes later in a field near County Road 604.

“He was trying to make it back to the airport,” said Pride. “It was just the pilot.”

The pilot was en route to New Mexico when he stopped today at the Poplar Bluff airport. Additional information was not available as of 12:15 p.m.