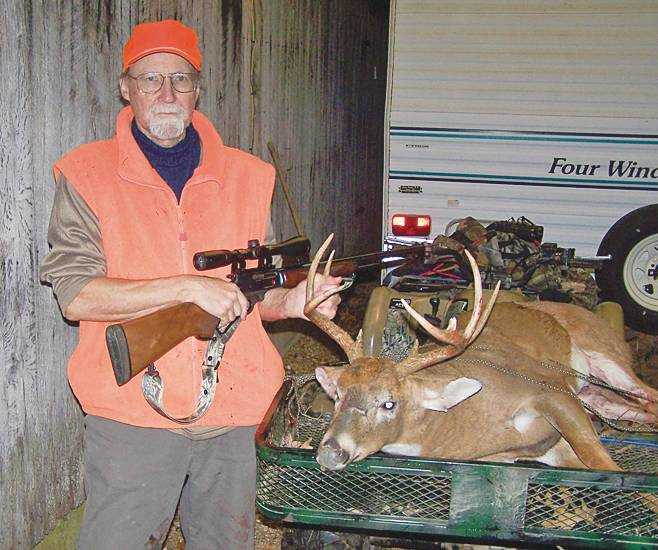 The rut was over ... there was a full moon ... there’s too many acorns ... there’s not as many hunters out there. There’s been a lot of reasons tossed around as to why this year’s Missouri firearms deer season was so lackluster, and every one of them likely contributed in at least some way.

Locally, every county was down significantly compared to last year except for Dunklin, but it also was lower.

Butler County hunters tagged 916 deer, which lags behind the 1,568 from a year ago.

In Stoddard County, the season harvest was 1,155 deer. That’s worse than the 1,264 taken there last year.

Wayne County led our area with 2,250 deer taken this season, but that total still is just a fraction of the 3,464 hunters tagged there during the 2018 season.

Six accidents were recorded during the season.

With the close of the firearms deer season, Missouri’s archery season has opened again. Bowhunters have until Jan. 15 to use any permits they still have.

Missouri’s second portion of the youth deer season opened today and runs through the weekend. The weather forecast isn’t looking too great, so the youngsters may not want to be out for long.

Remember, hunter orange still is required during the youth season, and that includes bowhunters.

The only two firearms deer seasons left this year are the Dec. 6-8 antlerless season in some counties and the statewide alternative methods season set for Dec. 28-Jan. 7.

The Middle Zone duck season is open again in Missouri, but the ducks didn’t seem to get the memo.

There’s been practically no influx of new birds in a few weeks, so everything in the area is a bit stale, and bird-per-hunter averages at the local managed wetlands are showing it.

At the Otter Slough Conservation Area, there are supposed to be about 36,000 ducks on the property, but the BPH has dropped lately to around 1.5.

At the Duck Creek Conservation Area, where there are supposed to only be about 5,800 ducks, the BPH has fallen well below 1.0. It’s gotten bad enough there that they’ve already started having vacancies.

Also, with all the sheet water in area fields because of recent rains, ducks have spread out as they search for new food sources, so they’re not concentrating in specific areas as much as normal.

There is a bit of winter weather predicted for the states to our north over the next few days, so maybe that will help push in some new migrants.

According to Charlie Brotherton at Sundowner Marine, there just haven’t been many folks fishing on Wappapello Lake lately. That, of course, is to be expected with the deer season going on.

Those who have been giving it a try have been having some success fishing around structure in deeper water along the river channel.

The current round of rain, which is expected to last through a good bit of the weekend, could change things markedly at the lake, depending on how much rainfall hits the region.

With that in mind, the Wappapello Crappie Club has a tournament scheduled for Saturday.

Fishing is slated to begin at 7 a.m. and will continue through 2 pm. The weigh-in will be at the Sundowner pavilion.

You can register to fish the event beforehand at Sundowner Marine or at the pavilion on the morning of the tournament.

Finally, for those of you who have started trapping or hunting furbearers, fur buyer Marc Romine has released his schedule of visits to Poplar Bluff’s Sale barn for the winter.

According to Romine, he will arrive around 9 a.m. on those dates and stay until 11.

Don’t expect much in the way of payments, Romine advises, because “markets are weak and faltering.”