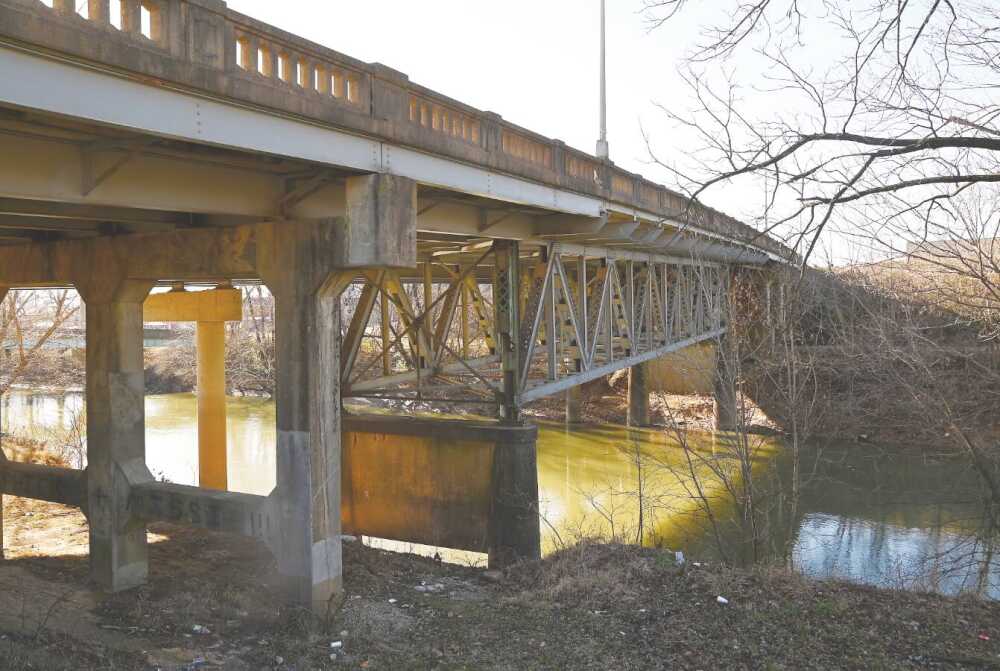 Lanes on the Pine Street bridge over the Black River are slated for replacement, which will impact river traffic.
DAR/Paul Davis

Residents should expect to see boat traffic on the Black River disrupted in the coming months when work begins to replace the westbound bridge on Pine Street.

The $3.5 million project will be put out for bid next month, with a contract scheduled to be awarded in March. The 1934 structure will be torn down, likely in the spring, and replaced, said David Wyman, area engineer with the Missouri Department of Transportation. Work is expected to run through the summer of 2023.

Residents will want to check before putting their boats in the water once the project begins, according to officials.

“The channel of the river will be reduced for the entire project, but they will also have to close it when they are tearing down the old bridge and also when they are bringing in and delivering materials,” said Wyman. “There will be intermittent closures, and then also when we’re doing the work overhead, when we’re setting the beams and pouring the concrete.”

Closures will be announced as the information becomes available, Wyman said. Information will be available at 1-888-275-6636 and notices will be posted on the river, in addition to public announcements.

“Definitely when we’re tearing the bridge down and when we are dragging that material out, and when we’re pouring new concrete, that’s when we’re really going to have to close the river,” Wyman said.

MoDOT had previously posted the 1934 bridge as available to the public, if someone wished to relocate it, but had no takers.

The concrete removed from the structure will be used to help with erosion control along the river on nearby slopes.

Vehicle traffic will be rerouted as head-to-head travel in the eastbound lanes during the work, Wyman has said previously.

MoDOT may have to make other restrictions at the signal light near the Butler County Courthouse, but that hasn’t been determined at this time.

“We’re really going to do everything we can to keep traffic flowing as freely as possible,” Wyman said.

MoDOT will also coordinate with the railroad during certain portions of the work, he said.

Work in the river channel will be further restricted for MoDOT because of breeding seasons for certain muscles located in the Black River, Wyman explained.