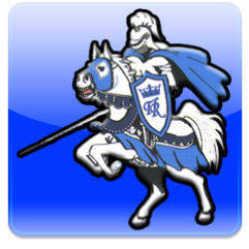 The Twin Rivers school district closed Wednesday, Jan. 12, through the holiday weekend due to low attendance from widespread illnesses.

The shutdown is not due to staffing shortages, although a statement on the district’s Facebook confirmed some employees are also sick.

He also reported it was a combination of illnesses afflicting the student body, including the flu, strep and a stomach virus — not just COVID-19.

“At least two-thirds of our (cases) are other illnesses ... About a third are COVID-related,” he explained.

The issue was consistent across the Broseley, Qulin and Fisk campuses with only about 2% variation, according to Johnson.

Updates will be posted on the Twin Rivers Facebook page.

The Poplar Bluff School District is also seeing lower attendance for the same reason, according to director of communications and marketing, Tim Krakowiak. Superintendent Scott Dill reported to him that the attendance rate across the district was 86%.

Krakowiak said the rate of infection was slower in the Poplar Bluff district than in Twin Rivers, and Dill confirmed it.

“In a district the size of Poplar Bluff, it changes from day-to-day [sic]. Obviously our larger population centers bear the statistical burden of increased numbers, but each of our campuses are currently being impacted,” he wrote in a statement to the Daily American Republic.

He also stated that as in Twin Rivers, a combination of illnesses was behind the drop in attendance but the increase in positive COVID cases for schools was in line with the overall case rate for the county.

No Poplar Bluff schools had closed at the time of this article.