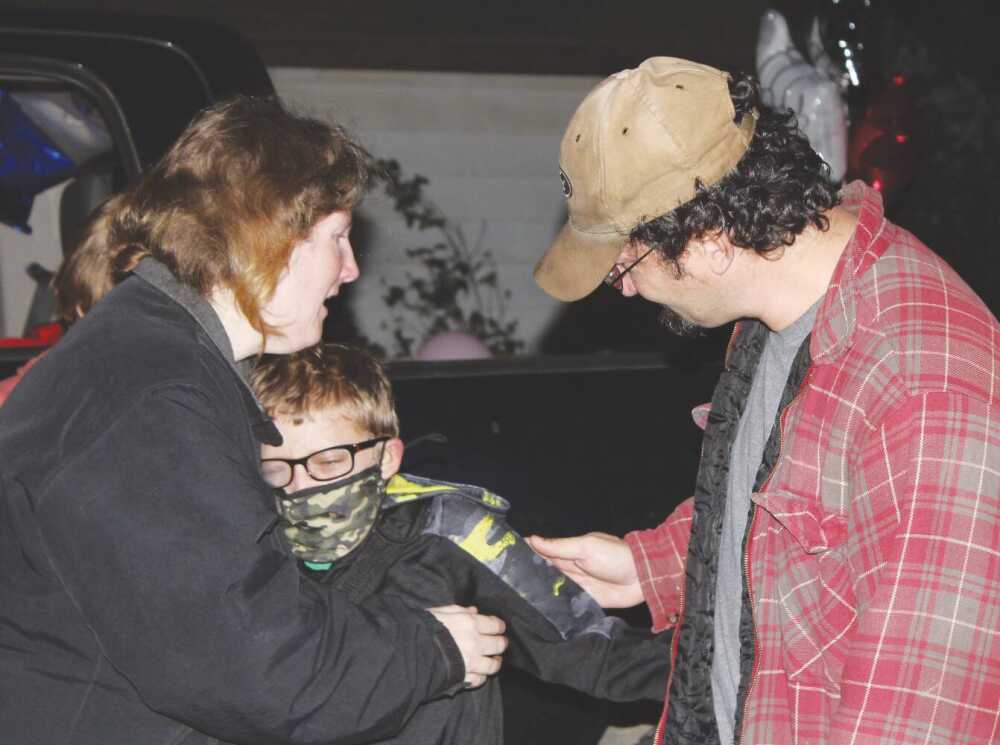 Joshua’s liver hasn’t functioned properly since birth because he has Alagille syndrome, among various other health issues, explained his father, Doyle Cates.

Alagille syndrome is an inherited condition in which bile builds up in the liver because there are too few bile ducts to drain it. This results in liver damage. The liver makes bile to help remove waste from the body. It also helps digest fats and the fat-soluble vitamins A, D, E, and K.

When the family learned Joshua had the syndrome, he was one of only 250 youngsters who had the condition. Today, Doyle Cates said thousands are known to have the syndrome.

While Alagille syndrome normally is an inherited condition, Doyle Cates said Joshua doesn’t fit the criteria. No one in the family has had the syndrome, and after genetic testing, his parents were not carriers.

While the family has known he would need a transplant, it was a miracle, they said, he was only on the list for four days before he got a liver.

Doyle Cates expressed he is “sad for the other family.”

The transplant Nov. 23 at St. Louis Children’s Hospital was “almost Thanksgiving,” Doyle Cates said. There was one hiccup four days later when Joshua’s wound was opened and a wound pump was installed.

When Joshua was able to leave the hospital, he had to stay in a hotel 14 days before coming home.

He “seems to be doing pretty good. He’s eating really well,” his dad said. “His blood work is good.”

His dad recalls, “when he was two months old, he would stop breathing on us. It would start being random. If he is in pain, or if he got hungry or anything, he just stopped breathing until he passed out and then he came back. We took him to the hospital, then he ended up in Cardinal Glennon.”

The elder Cates is a veteran of both Afghanistan and Iraq wars and was on active duty.

Joshua spent 32 days at Cardinal Glennon, where he had his gallbladder removed. They thought the gallbladder was stopped up. It wasn’t the problem. Bile wasn’t flowing out of his body like it was supposed to flow because of the liver duct.

“I went back to Fort Campbell and we took him to Vanderbilt University Medical Center in Nashville,” his dad said.

That’s where the family was tested for Alagille syndrome.

“It took six months to get the results,” Doyle Cates said.

Medical teams found more and more things wrong as time went on, Doyle Cates said. Every time they did a test, they would find something more wrong, like he’s got Pulmonary Atresia, a heart murmur, and he’s got fluid on his eyes along with vitamin deficiencies.

The family went to a Philadelphia medical facility to learn more about Alagille.

“We stayed there a couple weeks, and then I came back in my station at Fort Campbell,” Doyle Cates said.

Doyle’s mother, Deloris Cates, quit her job and moved to Fort Campbell to care for Joshua and his brother, Dakota, while her son served in the military.

After a while “mom needed more help,” Doyle Cates said.

Cates received an honorable discharge and the family returned to Poplar Bluff.

“I didn’t have anyone else to take care of the kids,” he said.

Medical facts, research, procedures and medications have come a long way since Joshua was diagnosed, the dad said.

Doyle Cates explained the parents helped with a lot of the research. Joshua’s blood was used in the research.

“I think they’ve come a long ways with the liver transplants,” Doyle Cates said. “As long as he goes without rejecting it, then I think we’ll be all right.”

Joshua’s also been approved for Make-A-Wish, which he should receive within two to six months. He wants a mobile gaming/clubhouse.

Upon Joshua’s return home, he became emotional when he saw the way the neighbors had decorated for him.

“My friends and neighbors are awesome,” Doyle Cates said. “They’re amazing people. We try to come together as a community and they always do.”

The decorations were not the only surprise, the family rolled the Thanksgiving and Christmas holidays all together with dad cooking a turkey and a duck. On New Year’s Day, he prepared a ham.

“We had one day to prepare, but we got it done,” Doyle Cates said. “I’ll tell you what, I made a 25-pound turkey and by the next day, Joshua had all the white meat eaten.”