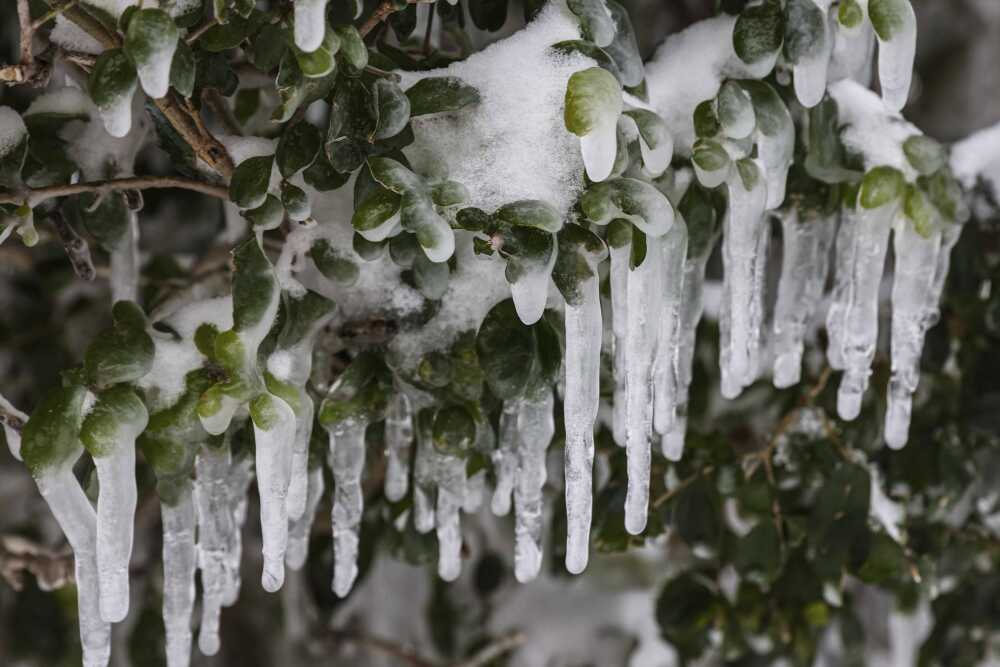 People in Poplar Bluff and Butler County have options to stay warm and be fed during this cold front because of the initiative of local citizens.

The Red Cross is not currently hosting shelters because of the COVID-19 pandemic, local officials have said, and it is up to each community to make arrangements as it becomes necessary.

The center is owned by Mike McKuin of Fisk.

“It is too cold for people to be out,” McKuin said.

He wanted to rent the church at Harviell but because of insurance issues that was not possible so McKuin decided to use a building he owns.

While admitting “it is not the best location,” McKuin said, it provides a warm place for people to sleep and they are being fed.

He has electric, propane and diesel heaters. While the water pipes are frozen, McKuin is working to get them thawed.

While no one is turned away, McKuin was able to find a better place for a mother with two young children.

“They needed to be where there was running water,” he said.

Volunteers hope to have the water issue resolved soon, but have brought in water to help with sanitation and have arranged for off site showers in the meantime.

McKuin and other volunteers who are assisting him are willing to help in any way they can.

“A family of eight in Doniphan needed food delivered and we got that done,” he said.

McKuin has learned about many of the families helped through his other volunteers’ efforts by social media postings.

McKuin tries to keep his Facebook news feed clean. When they help one person or family, he takes that off his news fed and moves on to the next.

He commented a Poplar Bluff pharmacy had a homeless person at the business. It was posted and before he could pick up the man someone messaged “we picked him up and are on our way to the shelter.”

He said people are dropping off food, supplies, bedding and blankets at the warming center.

McKuin has found people in need as he’s gone into Internet cafes and gas stations where people might stay inside for 30 minutes getting warm without being questioned.

He said many of the people he’s in contact with don’t trust others and that’s why he’s asking no questions.

Two of the people staying at the Highway C warming center were willing to talk about their experience.

“I prayed for a warm place,” Kenneth said and his prayers were answered when McKuin showed up at an Internet cafe. “He is doing a lot. My wife is better. She is warm and has food in her. I don’t know another human being like him. We are blessed and I could not ask for more.”

A second man, 42, admits to having burned bridges in his life. He believes he’s receiving a “blessing. I’m not going from place to place trying to keep warm.”

McKuin wants to continue to help these people after this storm has passed, and shares his cell phone number, 573-718-1177, with anyone who needs it.

Craig Jameson, director of FCC Behavior Health, said FCC is working with Mt. Calvary Powerhouse Church and others in the local community to fill this need. Jameson said the entire community is responding to help a variety of people ranging from single people to parents with children. Yesterday Myrtle’s Backyard BBQ provided food and today the Rev. Greg Kirk of the United Gospel Rescue Mission brought hot soup for the folks.

Child Concern Center not only provided a change of clothing and diapers for families at the center, they too brought food.

Jameson said they have staff who are available 24 hours a day. They are practicing social distancing and are wearing masks.

They also are working to connect people with other resources.

He thanked Poplar Bluff Police Chief Danny Whiteley and his officers, who have been helping those in need, and Butler County Emergency Management Directory Robbie Myers, who also is working with them.

The warming center on Warrior Lane’s direct telephone number is 573-718-1049 and is open 24 hours a day. Anyone who needs assistance may call anytime.

Second Baptist Church on the corner of Pine Boulevard and Fifth Street is serving as a warming center at night.

Ben Payne from the church said, “We had two come last night. We have someone here with them all night long.”

Payne said the church members feel it is important to serve those in the community.

“We have hot food for them to eat,” he said.

The church is open from 5 p.m. until 6 a.m. and the PBPD knows they are welcome to bring anyone who needs shelter and food. The entrance into the warming center is at the basement doors.

Payne said anyone who stays at the church during the night is just a few blocks away from the Poplar Bluff Municipal Library’s downtown facility, which serves as a warming center during business hours.

The Butler County Health Department and the library’s location on Kanell Boulevard also serve as warming centers during business hours.