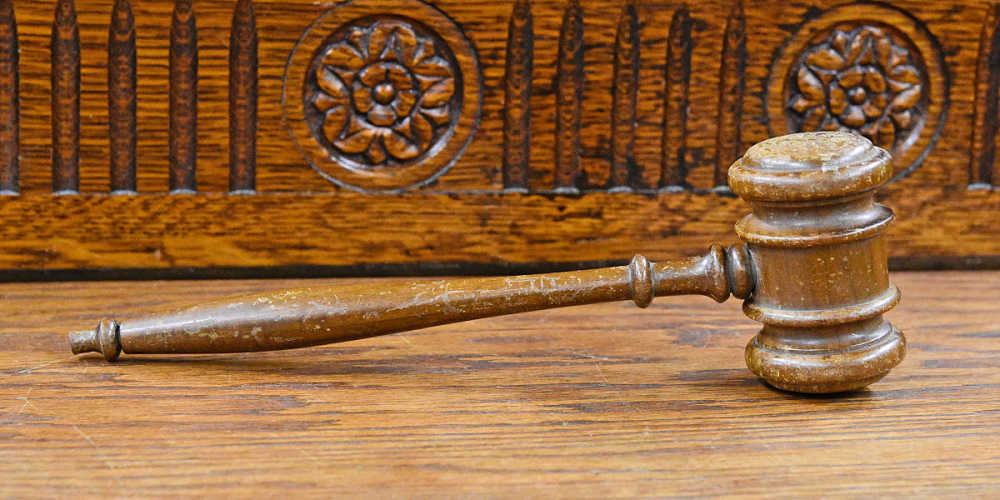 GREENVILLE — A Piedmont man has been ordered to stand trial for the March stabbing death of his mother.

Accompanied by his attorney, Jordan Cantoni with the Public Defender’s Office, Daniel Ross Adams appeared Friday morning before Associate Circuit Judge Christina Kime for a preliminary hearing in his case.

Adams waived having his hearing, and Kime ordered he appear at 9 a.m. Oct. 8 for arraignment before Circuit Judge Megan Seay.

The 33-year-old is charged with the Class A felony of first-degree murder, the unclassified felony of armed criminal action, Class D felony of tampering with physical evidence and the Class E felony of abandonment of a corpse in connection with his mother’s March 26 death.

Authorities learned of Gamble’s death on March 27 when the Piedmont Police Department received a call in reference to a well-being check of Gamble.

When the officers contacted Adams, Johnson said, he reported his mother had walked away from their home three days earlier and had not returned.

Adams, Johnson said, gave the officers permission to enter the home to look for his mother.

“Sgt. Massa eventually found an item in the attached garage,” Johnson said. “The item was wrapped in carpet, covered with tires and sandbags.

“Upon closer inspection, Sgt. Massa felt what he believed to be a human foot.”

Johnson said officers again contacted Adams, who said, “‘That’s my mother back there. She hit me last night. I hit her back, and she died.’”

During a subsequent interview, Adams reportedly told investigators he had beaten and stabbed his mother inside their home.

“Mr. Adams further stated his mother struck him in the face, and he responded by hitting her in the head and knocking and pulling her to the floor of the residence,” Johnson said.

When Adams was asked whether he hit his mother with an object, “(he) said he swung a knife at her, but later said he stabbed her with it,” Johnson said. “Mr. Adams said once his mother was dead, he wrapped her in a sleeping bag, placed her in the garage and covered her with tires and sandbags.”

Johnson said Adams indicated he had cleaned the crime scene and washed the knife, as well as the clothing he was wearing at the time he allegedly committed the murder.

The tampering charge alleges Adams concealed evidence to impair its availability in the well-being check by the officers.

Adams also is accused of “knowingly” disposing of his mother’s body without contacting authorities.