I have not had to really think about what I am going to do next. I feel that God had his hand in it all. 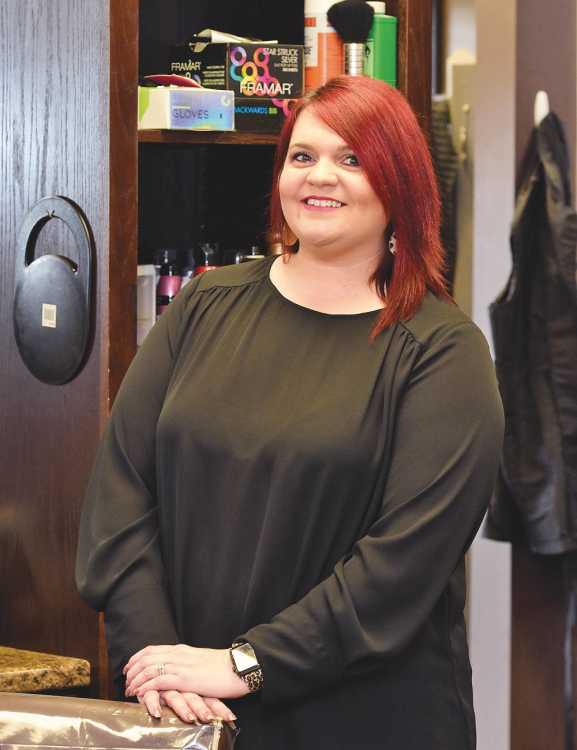 Hair stylist Ashley House confesses that her 10-year journey from being a stay-at-home mom to owner of House of Hair was marked by a series of chance encounters that evolved into opportunities.

“Growing up I was always something of a tomboy, so I never saw myself as a hair stylist. But my husband, Jim, and I were out driving one day and passed by a cosmetology school. I told Jim, ‘You know what? I think I want to do that (hairdressing),”’ House recalls.

Encouraged by her husband, House enrolled in the course and got her cosmetology license.

At that time, she was a busy mother of two young sons, Jolby and Connar, and soon after, a baby girl, Adilee. The young mom found it difficult to devote herself to her profession full time.

She says, “I worked as a hairdresser off and on, booth-renting here and there, even working for a corporation for a year.

“I never really completely stopped doing hair. I mostly just styled for friends and family, that is, until a couple of years ago.”

Her sons were (by then) teenagers, and Adilee was in school. House decided the time had come that she could go back to work. She accepted an office position in town with a home health agency.

It was while she was scheduling for the agency that another chance encounter occurred, which ultimately inspired the former hair stylist to return to her chosen profession.

The agency was located in a strip mall, and House had to walk past an empty building every day that had a “for rent” sign in the window. Each time she passed by, she was struck by the idea the building would be the “perfect spot for a small hair salon.”

She shared that thought with her husband, Jim, and once again he encouraged her to act on it.

The couple acquired the building.

“It needed a lot of work, and we spent that entire first summer remodeling. Initially, my plan was to keep my day job and do hair evenings and weekends,” says House.

But, her position with the agency was stressful, and she began to re-think her decision to keep the salon open only part time.

“One day I thought, ‘I’m either all in this or not.’ So I resigned from my job,” House says. 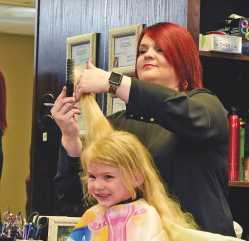 Ashley House’s new business initially got off to a slow start, but soon saw strong growth.
Order this photo

On impulse she contacted Jerry Foster, an old friend with whom she had become acquainted when the two worked for a hair salon.

“It so happened that Jerry also was feeling stressed with his job,” says House.

She invited Foster to join her in her new business venture, and he readily agreed.

As with any new business, House’s House of Hair got off to a slow start.

“In this industry you have to rely on word of mouth to build a clientele. At first, there were a lot of days of sitting and waiting and hoping for customers to call. Friends and family were my greatest resource during that time, and still are,” she says.

The business took off, and within a year and a half, House of Hair was busy and bursting at the seams in its small building.

“At that time, there were three of us: Jerry, myself and another stylist. Parking downtown was becoming a huge issue,” she says.

House wasn’t really looking for another location, but she made an appointment to get a spray tan and parked several doors away from the tanning salon, in front of a building with a “for rent” sign in the window.

She learned operating expenses were going to be considerably higher for the larger building, about triple, says House.

“I knew that if I moved into the larger building, I would need to open at least three more stations. It scared me to death. I had to ask myself if I was ready to take that step,” she recalls.

Then a friend, Shonda Pence, who is also a stylist, contacted her and said she was looking for a salon.

“It so happened Shonda knew of three other stylists also looking for a place to work and had nowhere to go. She told me one of the stylists was also a lash tech,” House said.

House says her decision was made much easier by that chance phone call, and Jim’s advice.

“My husband told me if I didn’t do it, I would always regret it,” she says. “Jim has always backed me, no matter what. He’s always been my No. 1 supporter, that voice of encouragement, that shoulder to lean on.”

House of Hair moved to its current location at 1151 Butler St. Also joining the team were Shilyn Reynolds, Erin Boyer and Michelle Degaris.

“If it had not been for them, I would not be where I am today. We are like a family, for sure,” House says.

It all came together perfectly, she believes.

“I have not had to really think about what I am going to do next. I feel that God had his hand in it all. I definitely didn’t see myself here when I opened the shop downtown,” she says. 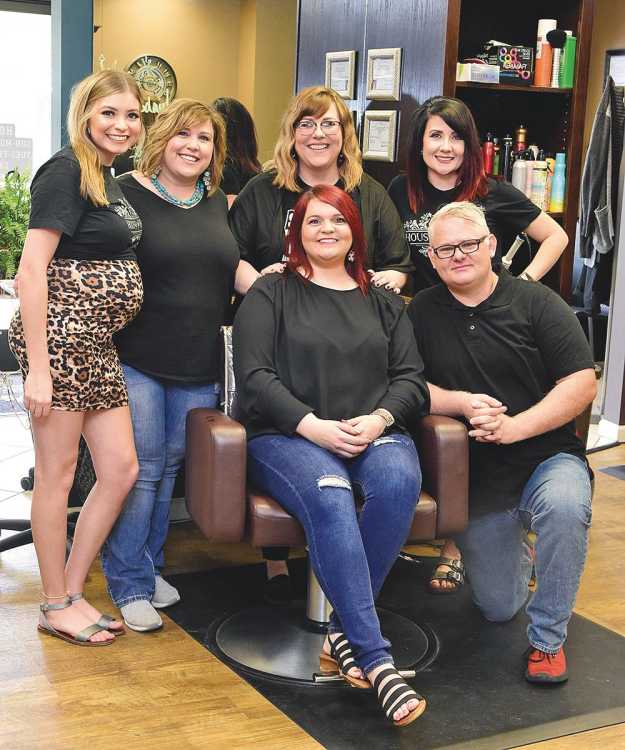 Ashley House considers her co-workers at House of Hair family and says her success would not be possible without them.

The business has thrived, even through COVID-19.

“When the coronavirus hit, and we had to close for a month and a half, no one knew what was going to happen,” she says. “It was devastating to me, not knowing, because I didn’t just have to worry about myself. I had my staff to think about, too.

“We opened May 4, and we have not slowed down since. Then, one day the phones were ringing off the hook and the dryers were all going, and it suddenly hit me ... I realized, we’re going to make it. I can breathe again. I’m on solid ground.”

House admits she always had wanted her own salon, but never dreamed it would one day be a reality for her.

“Based on my experience, I would encourage anyone with a dream of owning their own business to just go for it. Set small goals. As a business owner you have to be there, putting in the work and the hours. Be dedicated and eventually you’ll get there,” House says.

Catch Up On Our Achieve Series!
www.darnews.com/achieve