Two file for Neelyville R-IVschool board 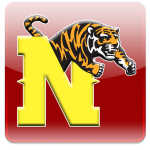 The Neelyville R-IV school board now has two candidates in the April election.

Derek Emmons and Zach Shipman filed as candidates in the last week for the three seats that are open. Candidates can still file for another week.

Filing opened Dec. 17, with many candidates filing on the first day. The last day to file is Jan. 21. The election will be held April 7.

Anybody still interested in filing with any of the school boards can file at the respective school’s office until Jan. 21, during normal business hours. The Neelyville office will remain open until 5 p.m. on the last day to allow people extra time to file.

The district worked on two building projects over the past few months, which are both wrapping up.

The board approved the last payment for the new high school office. Superintendent Debra Parish said there is still work to do with leveling parts of the yard, laying sidewalk and placing gravel.

Parish said the district purchased used office furniture for the building. The district installed two cubicles in the building and will bring in a couple filing cabinets from the purchase as well.

Meanwhile, the district is nearing completion on the new maintenance shop on the Neelyville campus. The district put out bids for the 30-by-40-by-12 feet metal building in October.

Parish said the building is expected to be completed on Thursday evening. Board members suggested looking into placing something over the walls inside the building to cover the insulation.

The building will be used mostly for storage with space to work on tractors and lawn mowers as needed.

The board also approved an adjustment to the district’s contract with OPAA, which provides food services to the schools.

An increase in the minimum wage prompted the shift. Parish said it will cost the district an additional $2,757.

“We will be paying our extra money and it will be divided out between five months,” she said.

The kits are used to treat an overdose in an emergancy situation. Nine were installed within the district — two at Hillview and seven at Neelyville.

“We are prepared,” she said. “Hopefully we never have to use them, but we are prepared should we have an incident at school or an extracurricular activity where someone would need that”