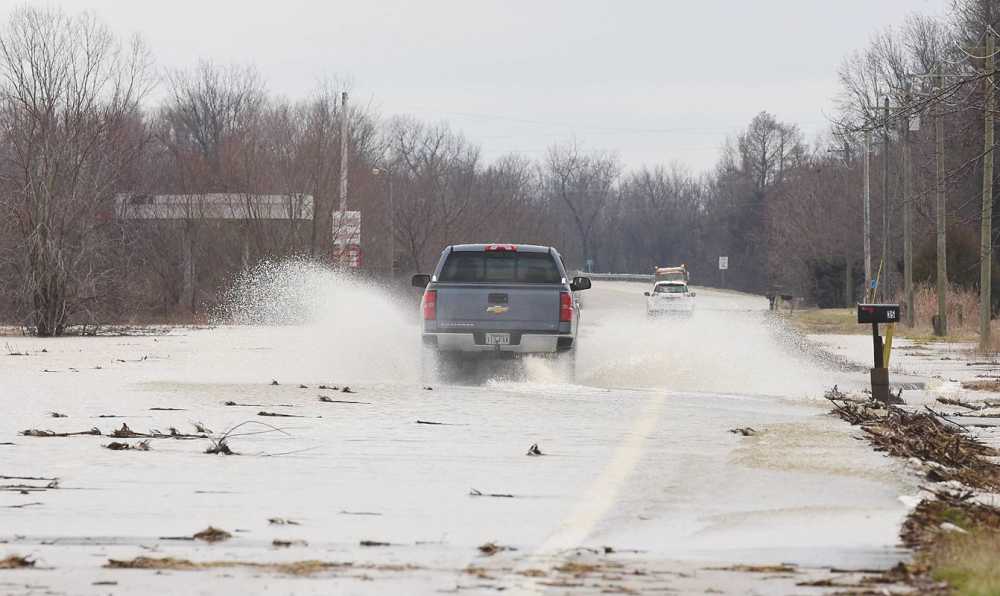 Vehicles travel along a closed, flooded section of Highway 53, north of Qulin, mid-day Monday. The road was closed after backwaters from the Black River overtopped the surface Sunday night.
DAR/Paul Davis

A portion of Highway 53 in southeast Butler County remained closed Monday as water from the Black River covered a more than quarter mile section of the roadway north of Qulin.

“There was a report of a levee break yesterday morning, but the county highway department checked it out and said there was no breach,” Myers said. 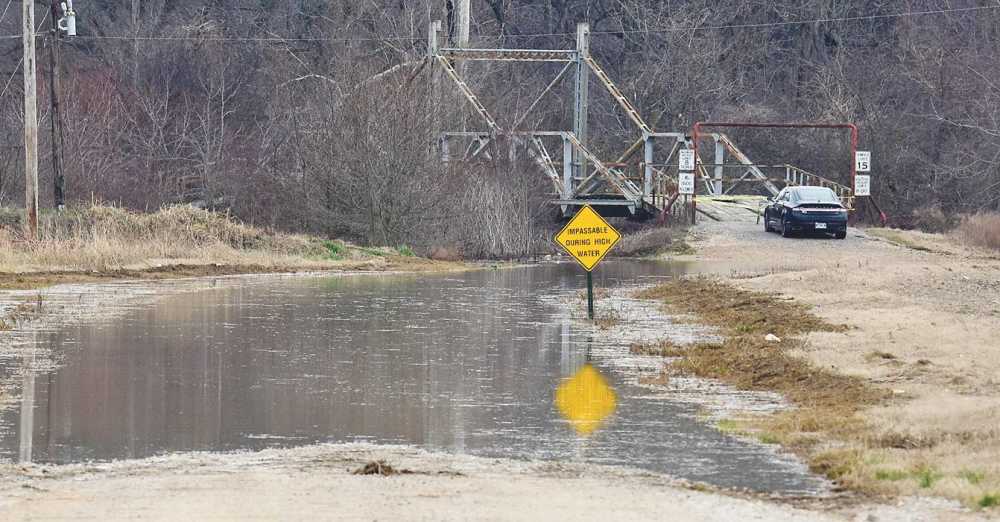 A car sits stranded at the edge of the Hargrove Bridge on Butler County Road 658 Monday, where earlier in the day, county fire crews had to rescue one person.
DAR/Paul Davis

By mid-day Monday, several vehicles could be seen going around the barricades and driving through the water.

“We highly discourage people from driving around our barricades,” said MoDOT Area Engineer Dave Wyman Monday. “You just don’t know if the road is washed out or not.” 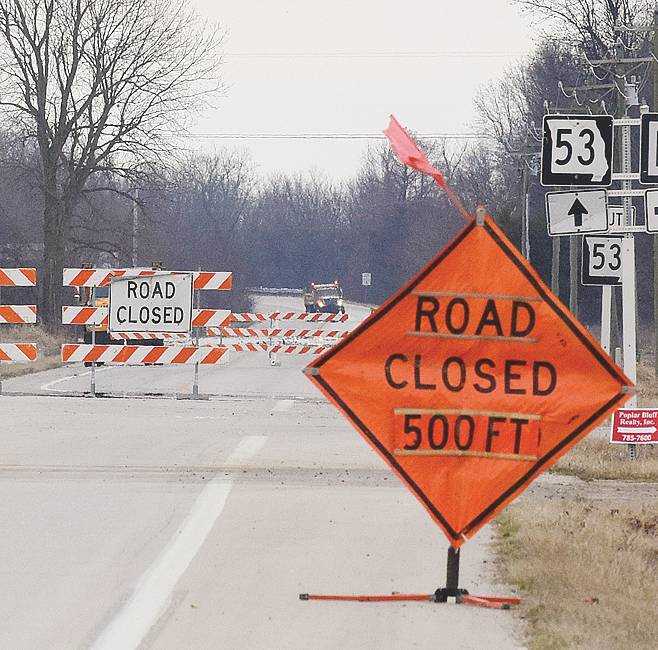 Signs along Highway 53 warn drivers about the closed road ahead, a result of rising backwaters from the Black River.
DAR/Paul Davis

Wyman said he does expect the water to recede enough to re-open Highway 53 within the next couple days.

“It all depends on the water up north, and this was a pretty widespread event, so it may take a while to work its way down,” he said. “We will probably have to give it a day or two.”

“When they closed 53, we decided to cancel. We will be back in (Tuesday), but will have to go around some water,” said Twin Rivers R-X Superintendent Jeremy Seibert.

“I believe Cane Creek got out down there, but I’m not positive,” said Moore.

Also in Butler County, Wyman said, a stretch of Highway 158, east of Harviell, was covered with water and closed.

“The safety of our students and staff is always a No. 1 priority,” said Neelyville R-IV Superintendent Debra Parish. “Highways 142 and 158 were closed, and it was not safe to navigate those roads. Thus, we were not able to transport any of our students from east of Harviell or in the Coon Island community.”

Farther north, a short section of Route W, north of Poplar Bluff, Wyman said, was closed Sunday morning after it was topped by floodwaters from the Black River.

Several smaller Butler County roads were covered with floodwaters from weekend rains, Moore noted, though some already have dried out.

“We had a bunch of washouts,” Moore said, “but most have already been addressed.”

Between 20 and 30 other county roads remain under water.

“There are some roads in the bottoms we can’t get to until the water gets off them,” Moore said.

Most, he expects, will be uncovered by Wednesday.

In Wayne County, the northbound lane of Highway 49, south of Piedmont, remains closed because of floodwaters, as does a section of Highway KK, south of Highway 34.

In Carter County, the lower portion of Highway M, north of Van Buren, is closed due to flooding from the nearby Current River, as is Highway Z south of the Big Spring area.