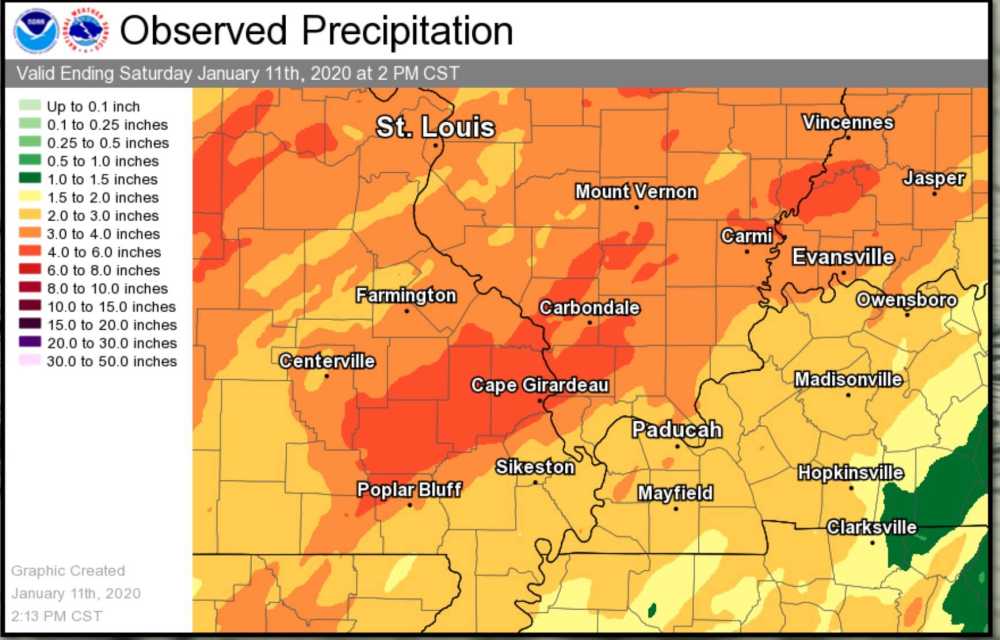 The Black River at Poplar Bluff is expected to fall below flood stage by noon Monday, according to updated predictions from the National Weather Service, while the Current River at Doniphan continues to rise.

The Black River crested at 3:30 p.m. Sunday at 18.71 feet, higher than initial predictions of approximately 16.5 feet.

A river level below 19 feet at Poplar Bluff causes minor flooding, according to the NWS, which collected reports of flooded roads from Butler, Carter, Wayne and Ripley counties late Friday and into early Saturday.

The high water was caused by a heavy band of thunderstorms and rain that moved through the area Thursday evening into Friday.

The Current River crested at Van Buren at 13.82 feet at 11 a.m. Sunday, below its 20-foot flood stage for that location.

The following flooding and rainfall was reported to the NWS:

Shortly before 1 a.m. Saturday, the Wayne County Sheriff’s Department reported water coming over bridges in several places in Piedmont, including Highway 34 at Pump House Road and Highway 34 at the AARP building near Clearwater High School.

Also at 3 a.m. Saturday, it was reported that portions of routes Z, K and M in Carter County were flooded.