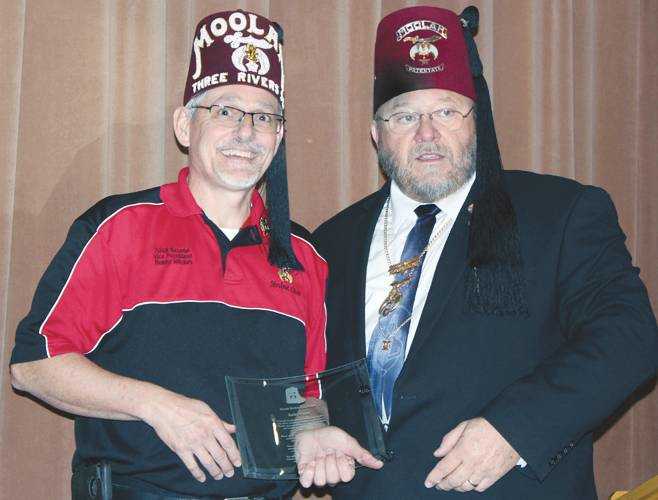 A Poplar Bluff man recently was recognized for his dedication and commitment to the Moolah Shrine.

Bobby Wicker, vice president of the Three Rivers Shrine Club, received the Moolah Shriner of the Month for November for “his efforts, dedication and commitment to our fraternity and philanthropy,” said Joe Shivley, assistant rabban of the Moolah Shrine.

Wicker, according to Shivley, was chosen from among the 2,300 shriners in eastern Missouri.

Wicker was presented with the award by Illustrious Sir Don Taylor Potentate of Moolah Shrine in St. Louis. It was presented during the Moolah’s regular monthly meeting.

“I was surprised; (the award) means a lot to me,” said Wicker. “… I didn’t expect to be recognized for the work I do.”

Wicker said he loves all that he does for the Shrine Club.

“It’s an honor to be recognized out of all the shriners in Moolah,” said Wicker, a seven-year member and president-elect for 2020.

To be chosen from the 2,000 plus shriners for the award “is an honor because everyone puts in a lot of time,” Wicker said.

The award, Wicker said, is for “the work I’ve done for the Shrine Club” in general, not for one thing in particular.