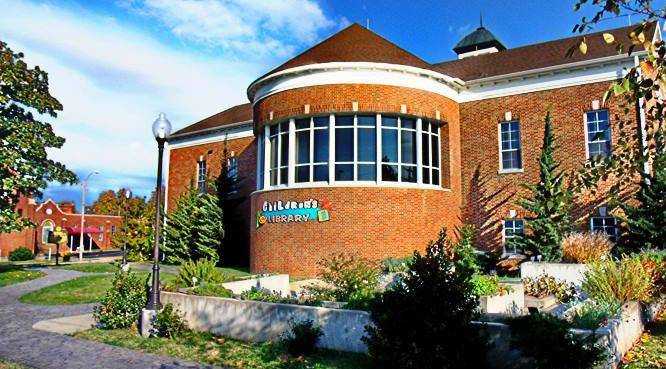 The Poplar Bluff Municipal Library will open a branch on Kanell Boulevard after voting Monday to purchase a 4,000-square-foot building.

The site is expected to open by the fall of 2020, before public schools resume classes from the summer break, said Sue Szostak, library director.

“Our new branch, with the investment in land and a permanent physical facility in a growing part of our city, gives the library a foothold into the future,” Szostak said. “A branch allows the library to hold onto its historical roots and continue to shepherd tax dollars while protecting the public’s investment in its historic 1936 building downtown.”

The library’s Board of Trustees voted on the purchase during a special meeting Monday.

The purchase price for the property is $479,900, and includes the building and a half-acre site at 3390 Kannell Boulevard, according to a press release.

The building was constructed in 2015. It was owned by Jerri Ann McLane Rowland of Poplar Bluff and Stacy Blankenship of Sikeston, who until recently used it for Bizzee Kidz, a physical and occupational therapy facility for children.

Library officials have talked openly about the need for a branch location on the north side of town, Szostak said. This will help meet needs in a growing area of the town, near many schools and employment centers, she explained.

“Library card renewals are up 4-5%, but new library cards (requests) are down,” Szostak said. “We feel we have saturated the market.

“We’ve got to expand if we’re going to grow what we’re doing. It is a data driven decision.”

The library is budgeting $150,000 for renovations at the site, including removing some interior walls; updating safety features, such as security; and adding technology.

The purchase will be paid for with a 20-year bond, at 3.7% interest through Southern Missouri Bank, according to information provided by John Stanard, library board chairman.

The loan is secured with the Kanell Boulevard property, Szostak said. The library has paid approximately $102,000, including closing costs and 20% down on the purchase price.

The library has strengthened its financial position since 2012, when a one-fourth-cent library sales tax was approved by Butler County residents. The library receives about $1.2 million annually from this, which Stanard said has effectively tripled library revenue and enabled the board to drop the property tax to zero.

With only $80,000 in its bank account in January 2013, the sales tax has enabled the library to greatly expand services and build its reserves to more than $1.4 million after its down payment and closing costs for the Kanell Boulevard property, he explained.

“Our Board of Trustees has discussed the branch library purchase in closed meetings for several months,” Stanard said. “Such discussions of sensitive real estate issues are permitted and advisable under Missouri’s Sunshine Law, but we intend to make every effort to inform the public of all the details now that the sale is complete.

“Our Municipal Library serves almost 110,000 visitors and circulates 200,000 items each year. Some 350 patrons enter the library every day. So accountability to the public is high on our list of responsibilities as trustees.”

Decisions will be made in the future about staffing levels and hours of operation for the new facility, Szostak said.

The library hopes to utilize technology in a way that will reduce personnel needs, she said. This could include allowing access to materials through a fingerprint scanner and locker system, or other equipment.

Locker systems are used by retailers like Walmart and The Home Depot frequently now to pick up items, she said.

This building offered the library a opportunity to accomplish this goal at less expense than new construction, Szostak said. The building is already fully handicap accessible and will not need extensive renovations, she added.

“There’s just a lot of good factors that went into this,” she said. “We’ve not made a secret of the fact that this is what we want to do. We’ve said that publicly for a long time, that we want to expand our services.

“This just came along at the right time.”

Since 2012, the library has extended free library services to residents of Butler, Ripley, Carter, Wayne, Stoddard and Dunklin counties, recognizing that those citizens pay the sales tax when they shop in Poplar Bluff, Stanard said.

With an annual payroll of about $650,000 and an average of 20 employees, the local library is the equivalent of a small industry, he explained. In addition to the many cultural events such as music programs, lectures, exhibits of art, photographs, artifacts and handicrafts, etc., the library offers United States Passports, computer classes, mobile electronic device training and other services.