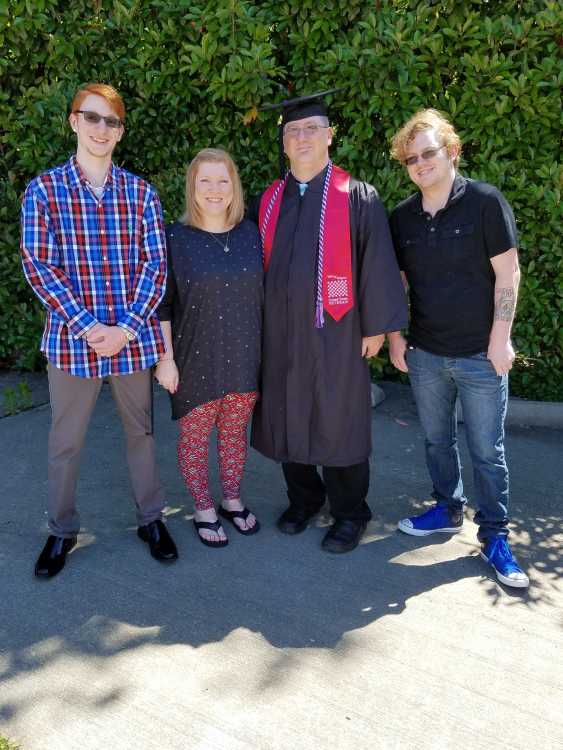 The Fry family (from left) Brandon Fry, Kim and Danny Fry and Matt Smith pose for a family photograph after one of Danny Fry’s graduations.
Photo provided

When one enlists in the military, their family feels they are making sacrifices and serving their country in their own way, too.

Poplar Bluffians Kim Fry and Laura Williams have experienced serving their country as the spouse of a U.S. solider.

While each woman’s husband is retired, their service and sacrifices will always be a part of their families’ lives.

This is the first of a two part series starting the week of Veterans Day, recognizing the family members of service members. For Laura Williams’ story, raising seven children while her husband served in Iraq, see the Saturday edition of the Daily American Republic.

It’s been several years since Kim Fry’s husband, Staff Sgt. Danny Fry, retired from the U.S. Army. Her voice still cracks with emotion, and on the telephone, you can hear her choking back tears as she shares experiencing his deployments to South Korea and Iraq.

Her husband entered the military in 1996, before they started dating. When they married in 2001, she knew he had a career military and it was about three years before he was deployed to South Korea.

“We went everywhere Uncle Sam would let us,” said Fry, adding she and their two sons followed him wherever he was stationed except South Korea and Iraq.

They were stationed at Fort Hood, Texas when he was sent to Korea. Fry had special permission to continue living on base while he was deployed. Before he departed, she changed her mind and decided to live with her mother.

“I had never been alone,” she said. South Korea “wasn’t open to families at the time he went.”

Moving from one base to another “is hard,” she said. “Sometimes I would send my kids to be with my mom when we were moving the family to a new base and setting up a new household.”

When she learned he was being sent to Iraq, she said, “I can do this. I did stay at Fort Hood. I had my Army family.”

Internet and Facebook were not options when the war first kicked off, she said.

While the family stayed in Fort Hood, she volunteered with his unit and at the school.

She would go to the commander’s home to pack goodie boxes to send to Iraq. Not everyone was deployed, and she and others took care of those who stayed behind.

Fry volunteered to help others so much, she received the Molly Pitcher Award. The award is named after Molly Pitcher, who distinguished herself during the American Revolutionary War.

Military life is not easy and deployment isn’t easy for the families, since they never know if their loved one is going to come back alive or not, she said. 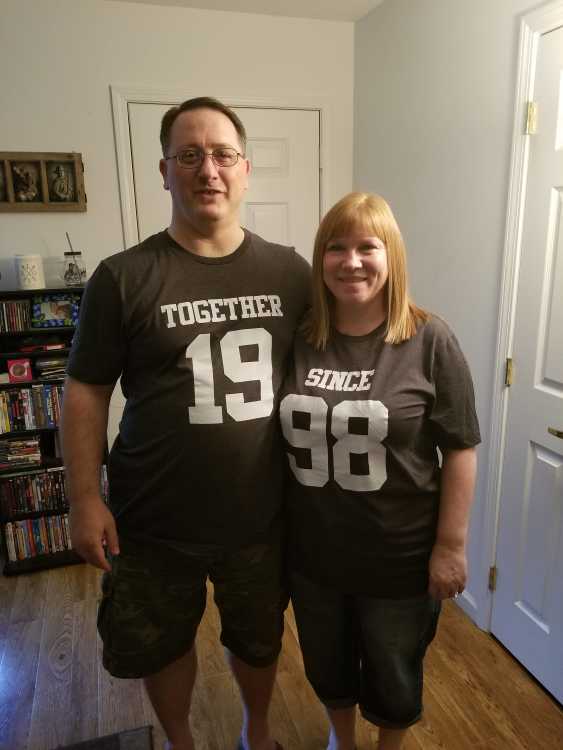 The military does take care of families. Fry remembers one wife who lost her husband and the military was “really good to her the whole way through everything.”

After her husband returned from Iraq, the family was at another officer’s home when she heard her husband had been under enemy fire during deployment. She became so upset, she gathered her children together and headed home. Her husband’s comrades didn’t know she was unaware of the incident.

Admitting her husband “kept me in the dark. It has been 10 years and I still don’t know things,” she said. His last duty assignment was at Fort Sill, Oklahoma, back where he started, she said.

He retired in 2010 for medical reasons and they moved to Poplar Buff.

“My parents were living here and my oldest son was in school here,” she said. “We did not want to uproot our oldest son. This is where we retired and both sons graduated from Poplar Bluff High School.”

Her husband went through a VA program where he earned his college degrees. He is an IT tech at Peoples Community Bank and an adjutant professor at Three Rivers College, where he got one of his degrees, she said.

“If I had to do it all over again, I would, and my husband would, too,” Fry said.