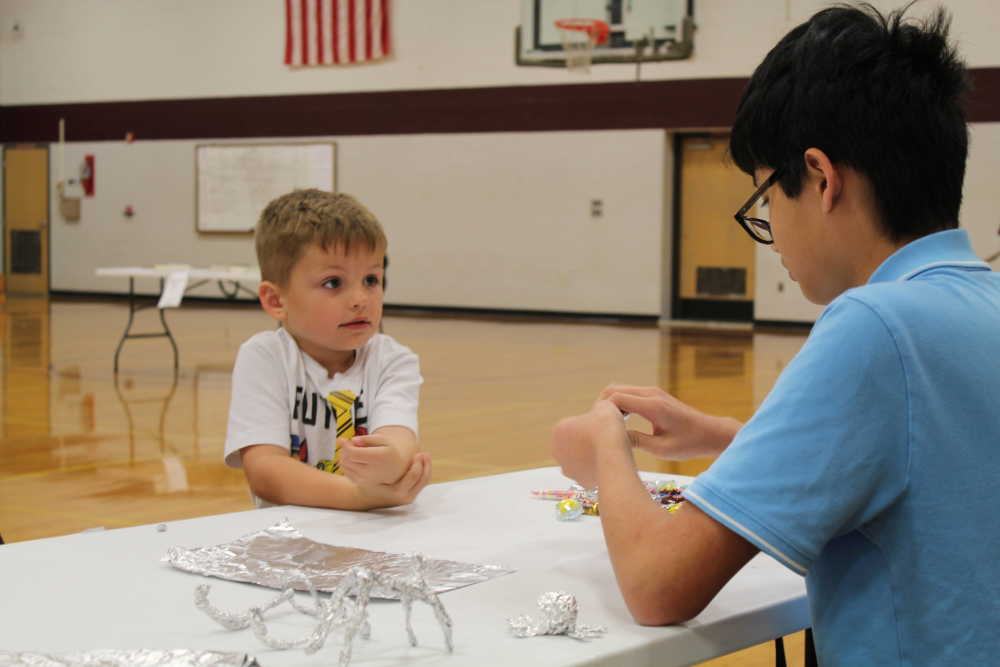 The event, designed after the Harry Potter series, served as a fundraiser for members of the organization to travel to the national convention held in Arlington, Texas, later in the year. All students who travel to the conventions compete in a variety of areas.

The group has seen an increase in the number of participating students this year. There’s currently over 100 students signed up to go to the local convention in December. Those who place in the competition are invited to nationals.

In order to be in Beta Club, students need to have a 3.5 GPA and complete a certain number of community service hours.

The group is also planning a super heroes and Star Wars day for the spring semester, which will also be a fundraiser.

During Wizarding School, participants took a quiz to get sorted into one of the four Hogwarts houses before going around the room to different classes.

For Transfiguration, the participants made animals out of tinfoil. In Defense Against the Dark Arts, they had to collect a certain number of pixies. They were able to practice flying and Quidditch, learn about spells in Charms class and study arithmancy ­— the divination of numbers.

Throughout the day, there were about 100 participants, raising about $500 for the nationals trip.

The organization is also looking for businesses to help sponsor the trip.