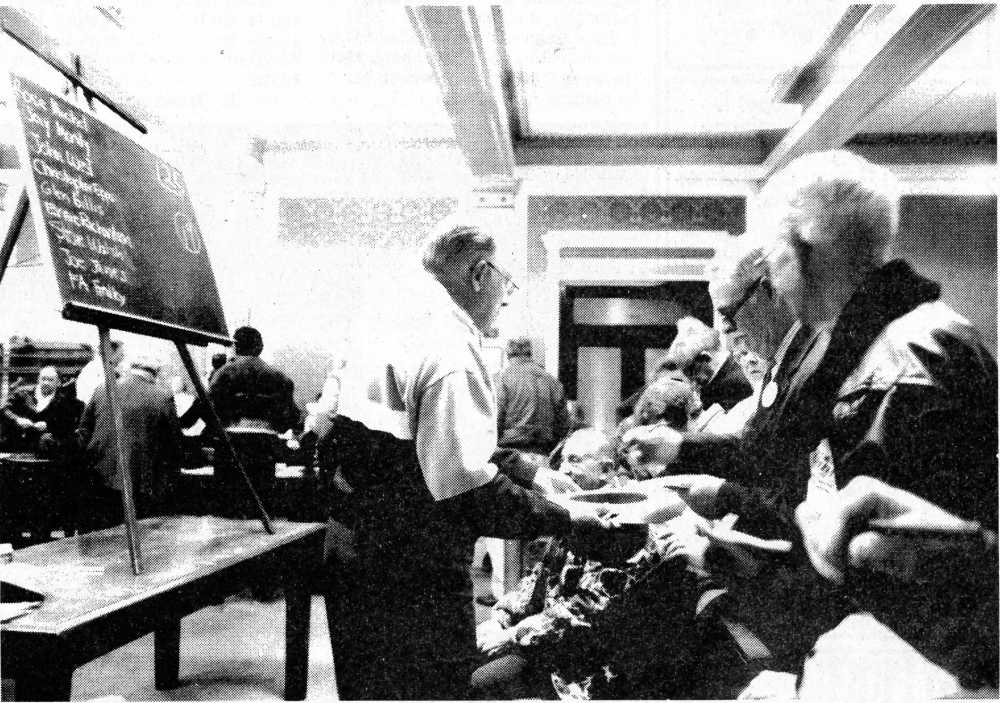 Shown in this clipping is the late F.A. Findley collecting ballots in a large cowboy hat as the Democratic caucus for then presidential candidate, Bill Clinton, chooses five delegates to the regional caucus. The names of the candidates are shown at left on the blackboard, which was also used to keep track of a Three Rivers Raiders basketball game being played that day. The names listed on the board are Rose Michel, Jay Mondy, John West, Christopher Epps, Glen Gillis, Ernie Richardson, Steve Walsh, Joe Janes and F.A. Findley.