Daddy had the heart of a soldier 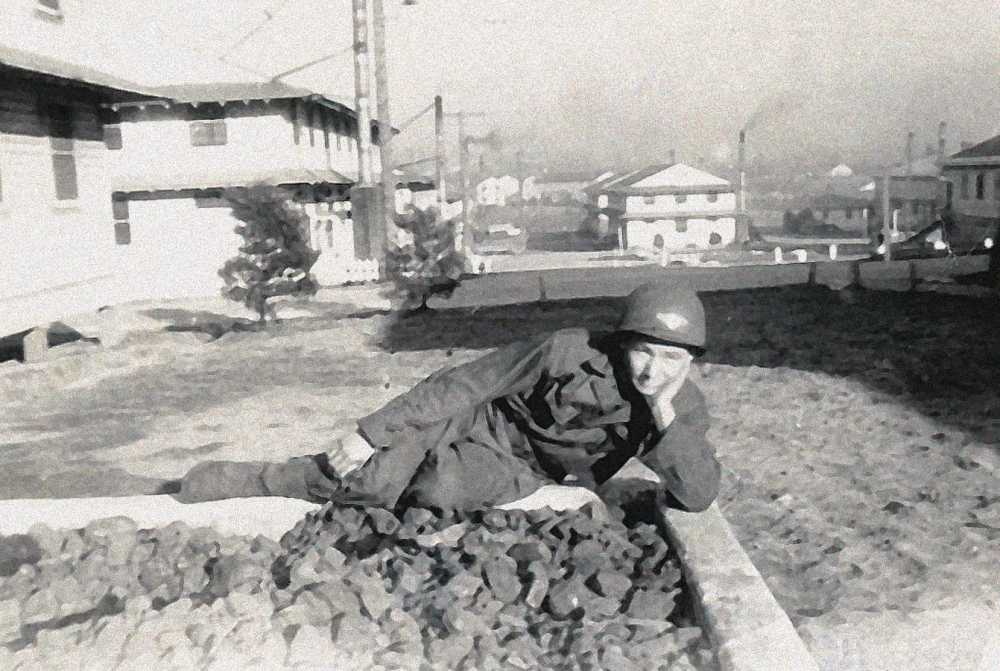 The author's dad, Alfred Hornbeck, as a young Army enlistee in 1947.

My dad was a soldier, not in the military sense of the word, but in the way he lived his life.

As a young teen, my dad enlisted in the Army. He was anxious to serve his country and to procure a steady vocation to support his future.

Daddy had only a sixth grade education but was one of the smartest men I’ve ever known. His mechanical abilities were nothing short of genius and his knack for deductive reasoning was remarkable.

I have zero doubt Daddy would’ve made an outstanding military career man.

I don’t know much of his time in service, only a cheesy old black and white photo of him playfully posing in his uniform.

In 1947, he spent time training at Fort Knox in Kentucky with Company ‘C’ 75th Battalion under the command of Captain Patterson. The only information I have is an aging photo of him with his training battalion.

With an emphasis on spiritual, physical and mental well-being, the unit offered extended basic training in conjunction with civilian supervision and discipline. UMT consisted of basic six-month training followed by specialist courses at technical service schools.

I may never know whether my dad was a part of this experimental unit, but the photo’s date and information do coincide with UMT’s timeline.

Daddy never really wanted to talk about his time there, only saying he wished he could’ve gone farther.

As a child, Daddy contracted Rheumatic fever, which caused irreparable damage to his heart. His defective heart would lead to an early honorable discharge from the Army.

My dad’s military career ended almost as soon as it began.

Unbeknownst at the time, that same heart damage would take him away from us, 46 years later.

Throughout his life, my dad was the consummate hero to everyone he encountered.

He never ceased helping strangers or neighbors in need, no matter the circumstance. Daddy just had a way of making a person feel safe and secure, merely by his presence.

My dad had the heart of a soldier. He fought for what was right in the world and made certain those he cared for were always safe. His convictions were strong and his integrity, even stronger.

Daddy’s selflessness carried him through to his last day on earth. He was delivering some of his famous garden produce to neighbors when his soldier’s heart beat for the final time.

Even though my dad is no longer near, I hold his indelible spirit close to my heart. To me, he was a soldier in every sense of the word.

Honor all the soldiers in your life this Veterans Day by paying forward good deeds, thanking a vet for his/her service and making the world a better place for future generations.