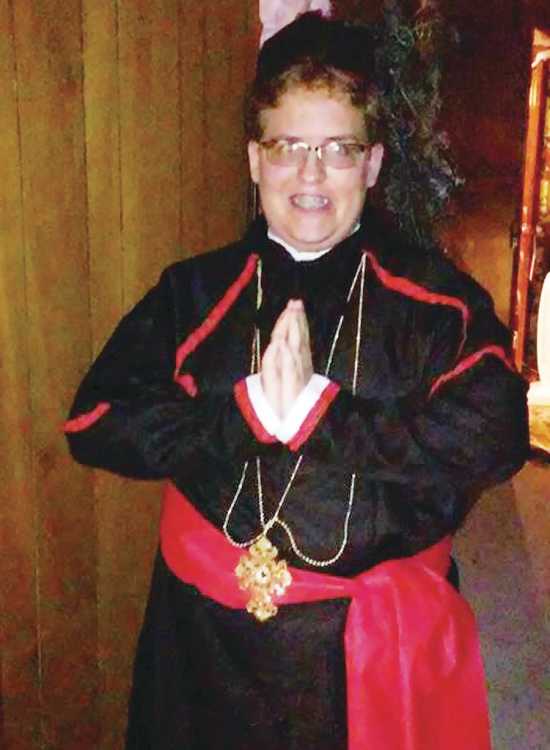 The author's son, Cooper, dressed as a Cardinal Priest for his seventh grade Halloween celebration at Sacred Heart Catholic School in Poplar Bluff in 2016.

This article is a reboot of a piece I wrote for the DAR in 2013. With all the bad stuff happening in the world, Halloween celebrating has gotten a bad wrap. Certain costume choices are now being banned from schools and college campuses. There’s more to Halloween than blood and guts or what you see in the movies.

Many of the good Protestant people I’ve encountered seem to have a misguided and miseducated view of what Halloween is exactly.

All Hallow’s Eve aka Halloween (Oct. 31) and All Saints Day (Nov. 1) are rooted in the ancient pagan festival of the dead. The Celtic tribes of Ireland, Scotland, Wales and Brittany marked Nov. 1 as the beginning of a new year and the coming of winter. The night before the new year, they celebrated the festival of Samhain, Lord of the Dead. The Celts believed the souls of the dead (good and evil) returned to mingle with the living. The people would wear masks and light bonfires in order to scare away the evil spirits.

After the Romans conquered the Celts they added their own nuances to the Samhain festival. Pomona, the Roman goddess of the orchards, inspired centerpieces made of apples and nuts and the drinking of cider and apple bobbing. Sound familiar?

During Pope Gregory IV’s reign in 835 A. D. the celebration for all the martyrs (later all saints) was moved from May 13 to Nov. 1. The night before became known as All Hallow’s Eve (nee Holy Evening) or the current name of Halloween.

The true purpose of these celebrations is to remember those who have died, whether they are officially recognized by the Catholic Church as saints or not. The Catechism of the Catholic Church says that through the communion of saints a perennial link of charity exists between the faithful who have already reached heaven, those expiating their sins in purgatory and those who are still on earth. Use this Halloween celebration to emphasize all things good, joyful and pure.

“Hallow” means holy and the word Halloween refers to the night before the feast of all holies, or All Saints Day.

Take the opportunity to teach a lesson about good and evil and encourage costumes of biblical characters, religious figures or great people in history. These can be a super alternative to the “typical” Halloween costumes and a wonderful teaching tool for the children in your lives.

More from this blogger · Amber Hornbeck
Respond to this blog