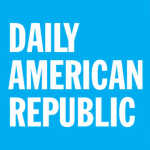 Sometimes, I get to have a little fun

Sometimes, being a journalist, I get to have a little fun while out on an assignment, or at least what I call fun.

It doesn’t happen frequently, but I sure do enjoy those days, especially any day I get to spend time on Current River.

That happened recently when troopers with the Missouri State Highway Patrol’s Marine Division asked whether I would like to accompany them for a clean-up operation they were conducting in partnership with the U.S. Forest Service.

It seems years of high-water incidents had left a great deal of fallen trees and rootwads in a stretch of river below El Rancho Rio.

The obstructions had grown to the point they had become an entangled mess, which narrowed the river channel, thus creating dangerous conditions for boaters and floaters.

When the day of the operation arrived, I enjoyed a short boat ride with patrol Sgt. Richie Ayers on the stretch of river in question.

As we motored upstream, I watched as Ayers maneuvered our boat around numerous logs and tress protruding in the river channel. Many of those obstructions were slated to be removed during the operation.

Another area of concern was located further upstream and along the western bank of Current River. There were numerous trees wedged up against the bank and another large tree protruding from the water a short distance away.

In between, was what Ayers described as a “chute,” the only area of river deep enough for the boats to motor through.

If the boats were the only ones to use that chute, it would be a problem, but maybe a manageable problem as long as the downstream/upstream boats remembered to be courteous and share the access.

The problem lies in that boaters weren’t the only users. Floaters coming downstream frequently entered that chute at the same time as boats.

Listening to Ayers explain the situation, it sounded like an accident waiting to happen and why the patrol and Forest Service planned to take action.

Armed with chain saws, two of the U.S. Forest Service’s foresters began the painstaking task of cutting some of the fallen trees into more manageable sizes.

Chains subsequently were attached to the logs, and a bulldozer was used to pull the debris from the water and off into the woods … far enough away so another high-water incident didn’t wash them back into the river.

It couldn’t have been an easy job for the foresters, and it was a wet one for sure, but slowly they made progress.

With safety in mind, the Marine Division troopers were positioned in boats nearby, and their boats also were used to give the foresters access to the tree protruding out from the bank. Smaller limbs quickly were cut away and then a chain was attached for the bulldozer to remove it.

From across the river, I watched the amazing transformation take place.

If I hadn’t seen it with my own eyes, I’m not sure I would have understood. It was amazing the difference two hours of work could make. It didn’t even look like the same stretch of river any longer.

When the work began, Ayers told me he was unable to get his boat through that chute, but “now I can” thanks to the work done by the U.S. Forest Service.

It was a productive morning for everyone, including me. I returned with a story to tell and lots of photos to choose from.

I am grateful to have been asked to accompany the troopers, but I’m also grateful to the patrol and the Forest Service for partnering to make one of our waterways safer for everyone to enjoy for years to come.

Michelle Friedrich is a staff writer for the Daily American Republic and can be reached at mfriedrich.dar@gmail.com .