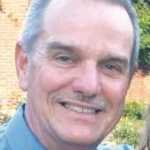 I’ve shared from time to time that transparency and honesty are the foundation of any successful business. So the Daily American Republic shouldn’t be hesitant to offer an answer to anyone who questions why we do things a certain way.

Such was the case the past few weeks.

We received two Speak Outs asking about our classified section, and one also shared their opinion about why we mail our paper instead of using our own carriers.

• Yes, I’m speaking out about your newspaper since it’s been taken over by new administration. I think you people have ruined your newspaper. What happened to all the classified ads? And why is a mail carrier delivering newspapers? That is not their job, they’re to deliver the mail. You can print this if you want to and you probably won’t. Thank you.

• Yes, you probably won’t print this but I saw in tonight’s paper where the editor stated that the rates for advertising in the classifieds section has gone up. What I’d like to know is did the editor, when they’re gone all verbal contracts where a person paid a flat rate for an item to be sold and it be kept in the paper till it is sold? Cause I noticed those items are not in the paper anymore. Thank you.

My gut tells me the same person wrote the Speak Outs, and that’s OK. Both are valid questions that deserve answers.

Our classifieds have changed. We used to have a section where someone who wanted to sell something could place an ad and not pay for it until it sold. When it sold, the customer was supposed to call us and then they would pay $5.

That was a great deal for the person selling the item. It ended up not being a good deal for the newspaper. Why? Because nearly 75% of the time the seller wouldn’t call or they would call and said they sold it but not through the newspaper.

So in the end, we were printing additional pages in our newspaper — which cost us money on a daily, weekly, monthly and yearly basis — and getting nothing in return.

In the long run, it was something we needed to change in order to keep our business viable for the future.

We also understand that portion of the classifieds was poplar. So we came up with some good deals that are inexpensive. Customers, though, will need to pay for the services up front.

As for the question about the post office delivering our papers: “Mail” is considered anything that is taken to the post office and needs to be delivered. Why doesn’t our local fast food restaurants hire carriers to deliver their coupons? Or why doesn’t the owner of your favorite magazine hire carriers to deliver their product?

As I’ve shared in the past, the DAR had many outstanding carriers who did a tremendous job. But we had some who didn’t and it hurt our customer service. I’ve witnessed carriers call in and quit in the middle of routes.

Switching to mail and continuing same-day delivery has taken care of 98% of our issues.

It takes money to pay our newsroom employees to gather the news, take photographs, cover sporting events, and collect the police and court news for you to read in the newspaper.

We also have many other important people doing various jobs at the newspaper who need to be compensated.

Our goal is to give you a newspaper that has as much Poplar Bluff, Butler County, and surrounding area news as possible. We also want to help our business community thrive through using our products to advertise.

Thank you for reading the Daily American Republic.